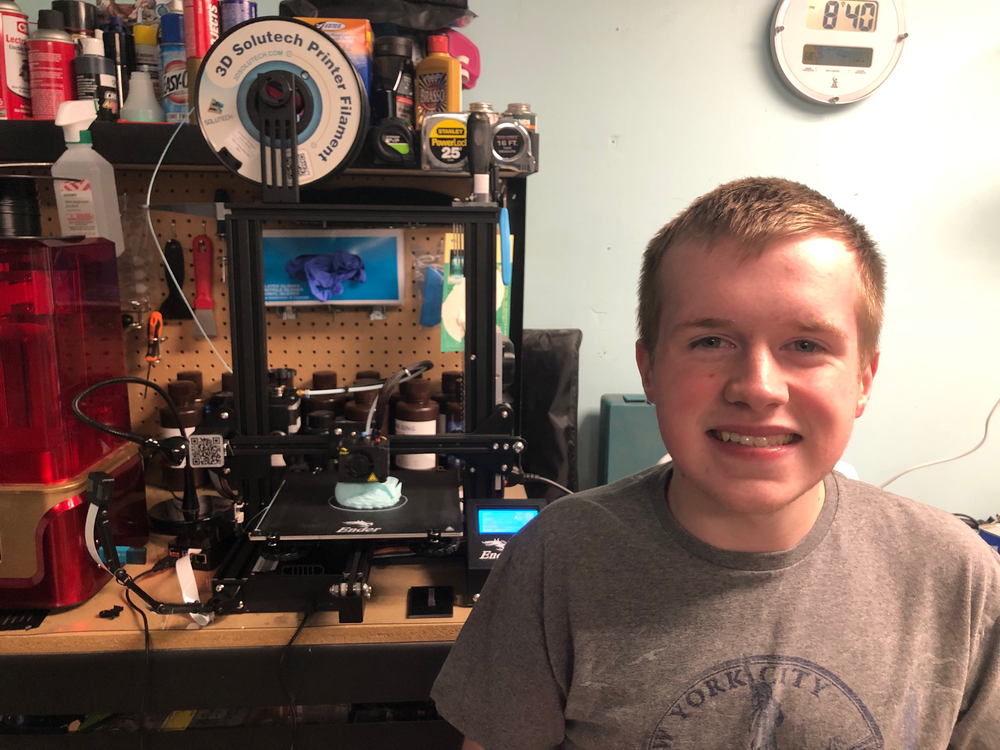 "When I first heard about this 3D printing class from WVUP, I saw it as a “sponsored ad” on Facebook.  It popped up at least once every time I would open Facebook.  I thought to myself that I didn’t need to take it, mostly because I already had some experience with 3D printers and how to draw and 3D print my own objects.  A couple of days went by and my guidance counselor, Mrs. Rinard, also told me about the class and she thought it would be a great idea for me to take it.  I didn’t know that I would learn how to build a 3D printer from pieces, and I didn’t know what every component of a 3D printer did.  So I agreed with her and I decided to take the class.

After taking the class, I learned a lot more than what I thought I would.  I learned how to build a printer, learned all the components of the printer and what they do, and I also learned how to fix/repair a printer if it ever does break.  There were many other numerous things that I learned about too.  I also got to keep the printer after I built it, which I had no idea I got to keep it until I signed up to take the course.  I was glad I took the course because now I know how to work on a 3D printer if I ever need to and what every component does.  It was a lot to take in, but I would definitely recommend anybody to take this class who is wanting to learn how to use a 3D printer." - Jonathan Goodfellow, SMHS / MOVTI drafting student